In January 2017 we made a self-driving, ROS based robot for the company Plume. It autonomously checks the WiFi coverage in indoor areas. 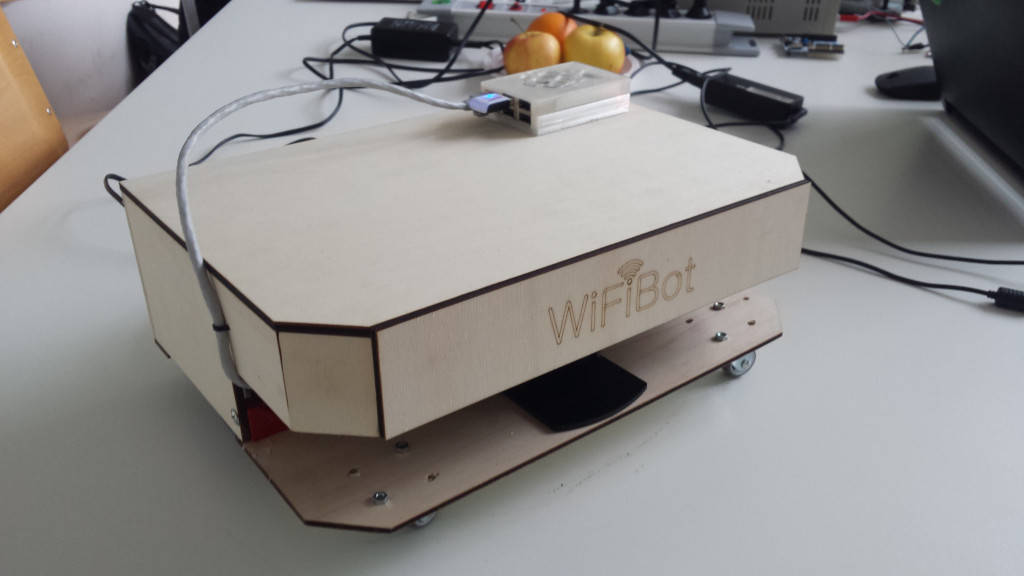 In September 2016 we started a project named WiFiBot in collaboration with LTFE. We built a robot for a Slovenian company named Plume, that wants to check the quality of WiFi signal with an autonomous robot (hence the name WiFiBot) instead of having an expensive human running around.

WiFiBot can autonomously drive on a desired path in any indoor area. It is designed to carry a 13′ computer, that will in this case probe and check WiFi signal, but the system can be used for any number of applications.

The robot is running on ROS (Robot operating system), uses Hector SLAM to first scan and save the map of the apartment and AMCL package to then accurately navigate across it.