The goal of this project was to take a normal Kärcher push-broom and hack it into an autonomous cleaning robot.

Robert is a smart cleaning robot, which cleans by autonomously navigating using a celing mounted camera. 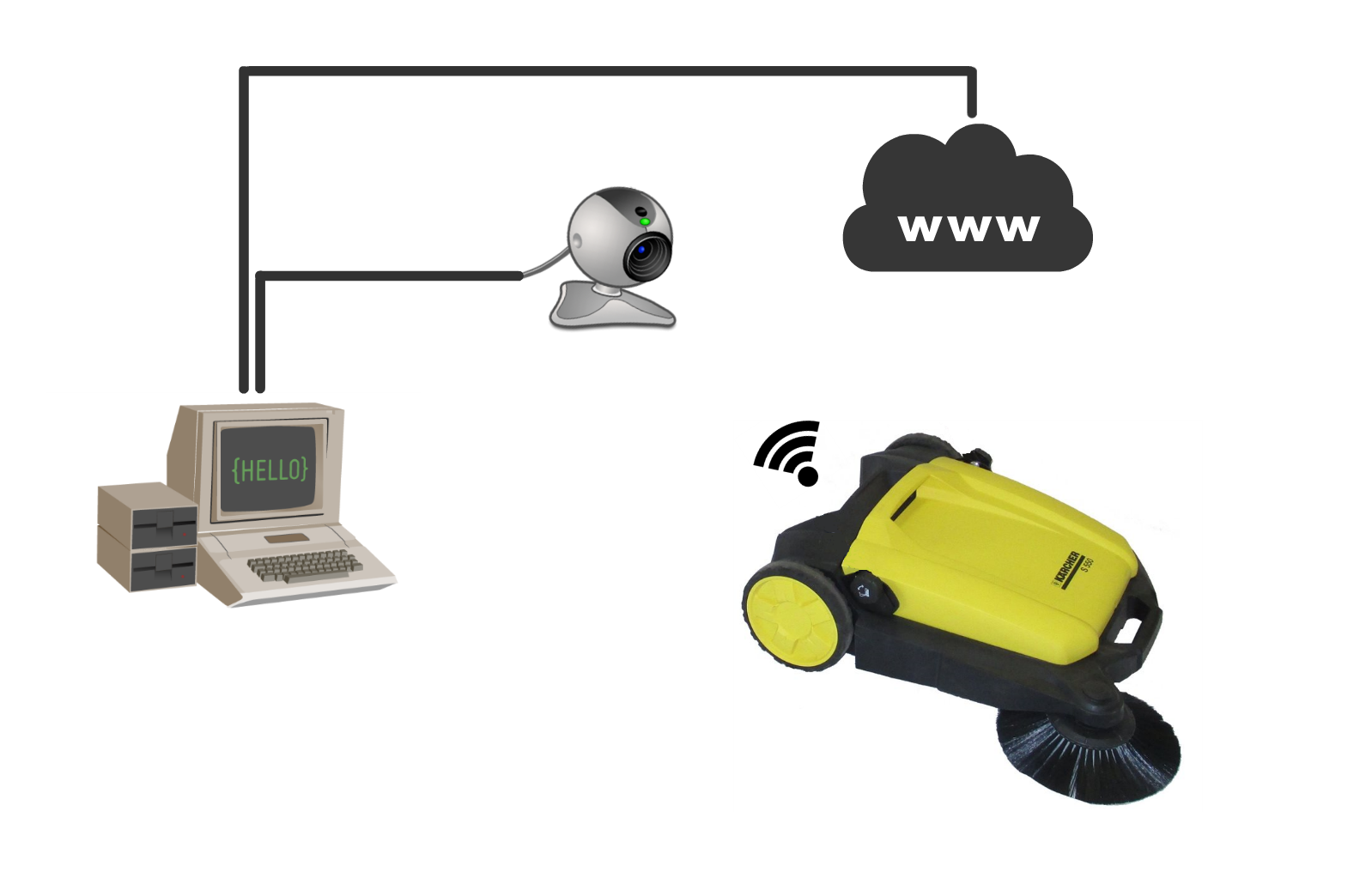 It’s connected to Internet and can easily become another thing in the Internet of things. 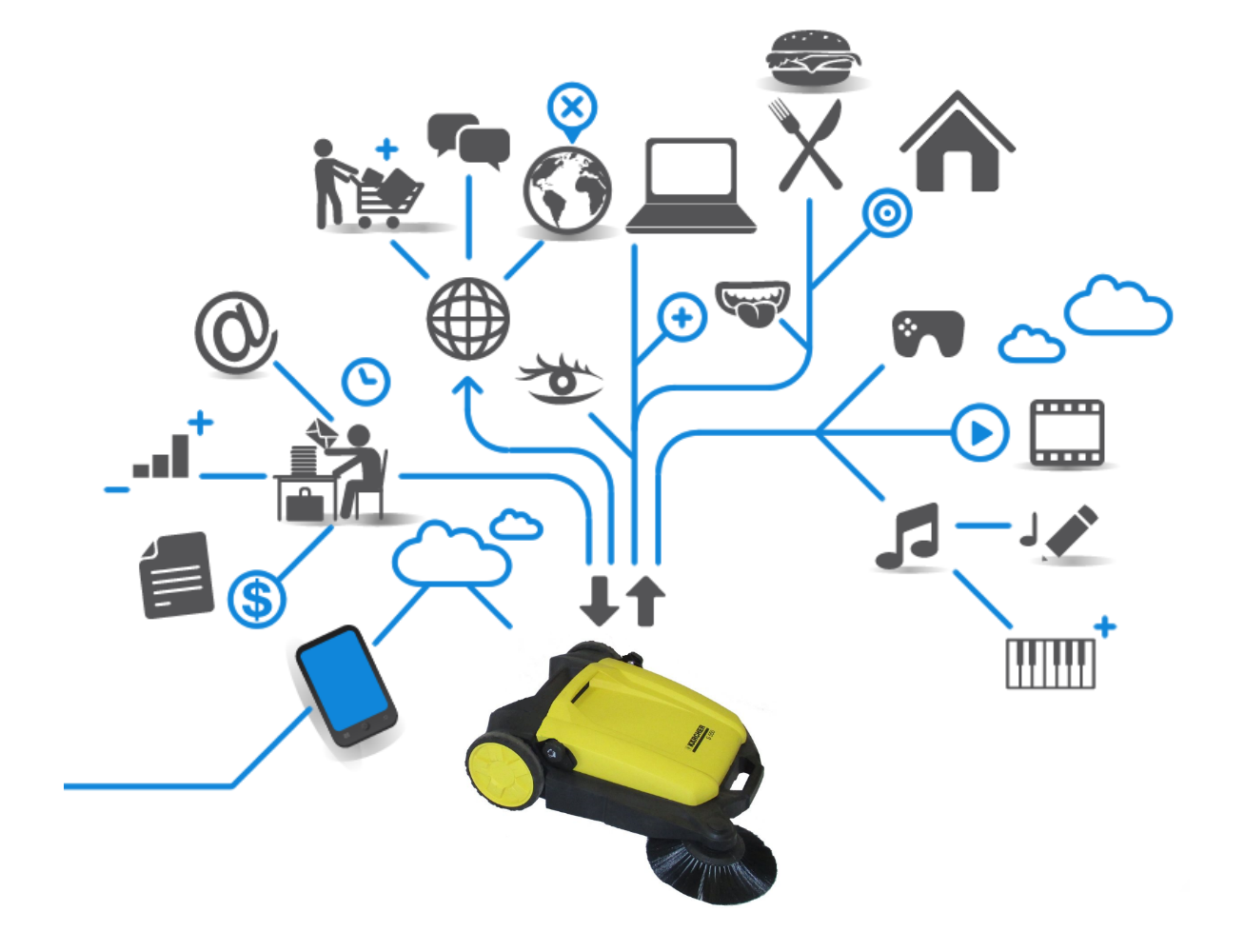 Idea of swarming is supported! Which means Robert can communicate with other robots like himself, to get the job done faster! 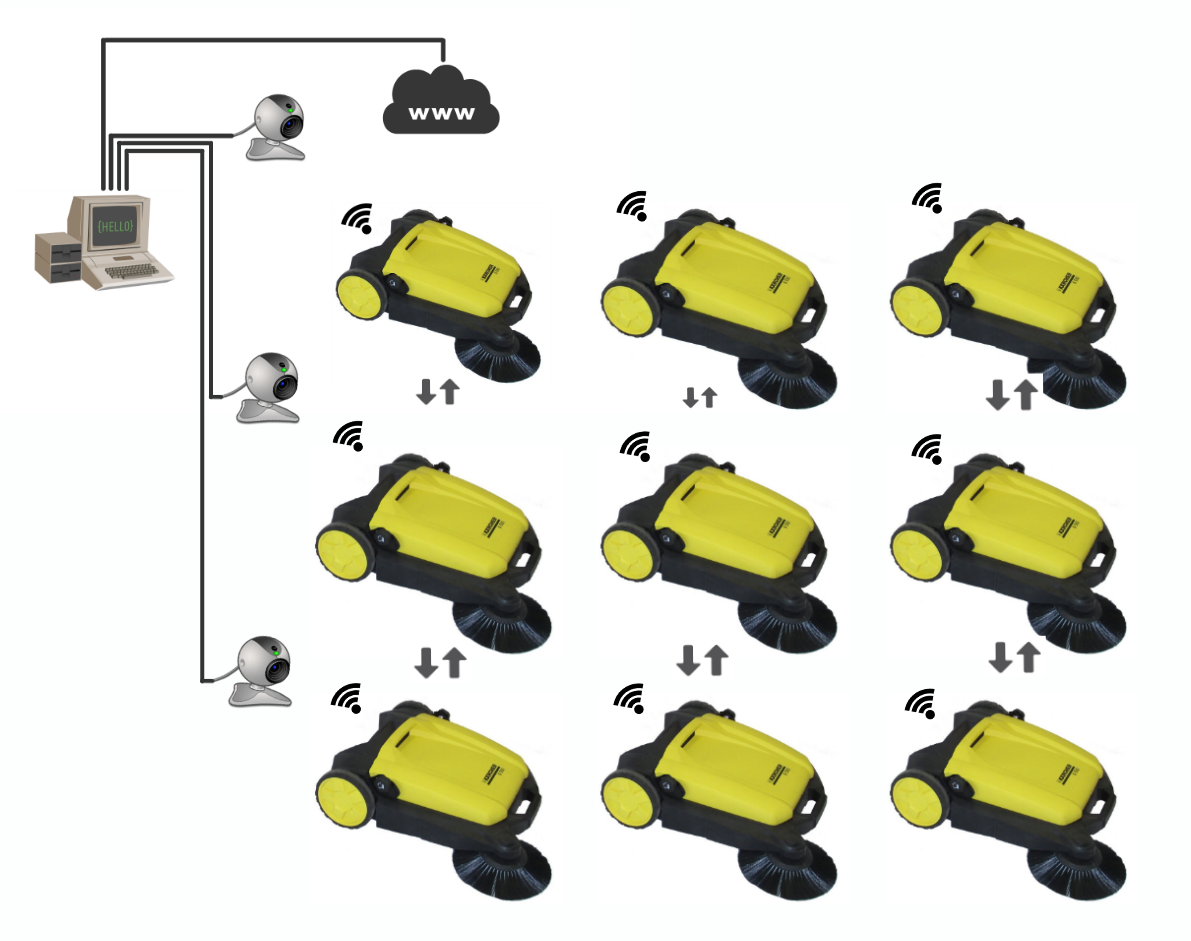 The body of Robert is a Kärcher push-broom which you can buy in most hardware stores. I just added the motors and brains.

Big thanks to Rok Štante, who did all the 3D moddeling(CAD) for the following video. Without it my presentations wouldn’t look half as good!

Here is how Robert sees himself on cameras:

With this robot I already won some student competitions, biggest one being Cosylab IEEE competition: 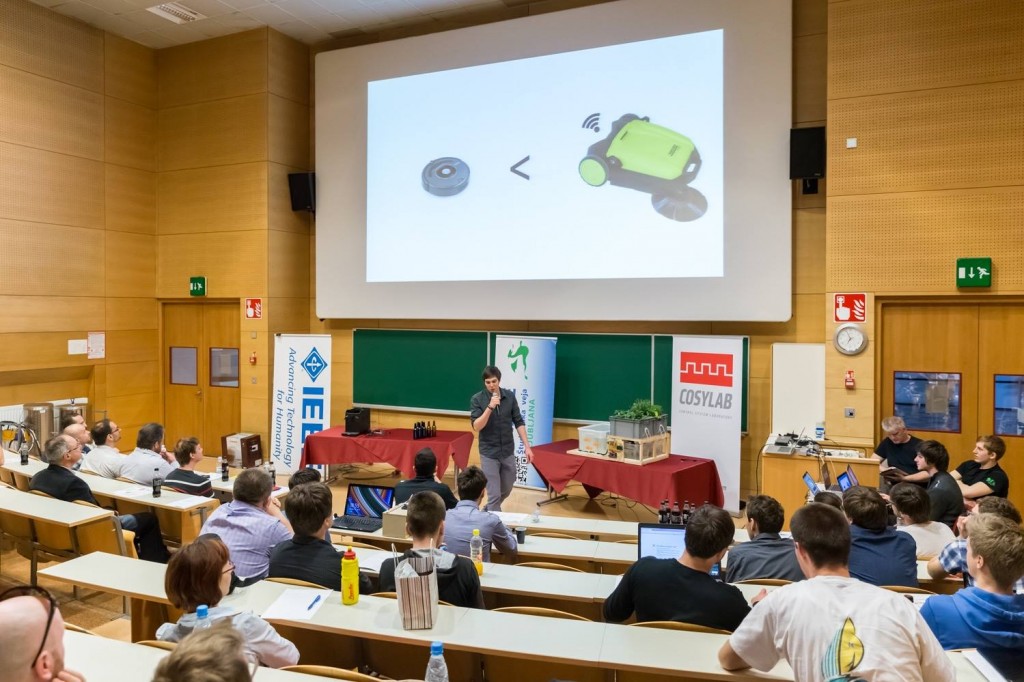 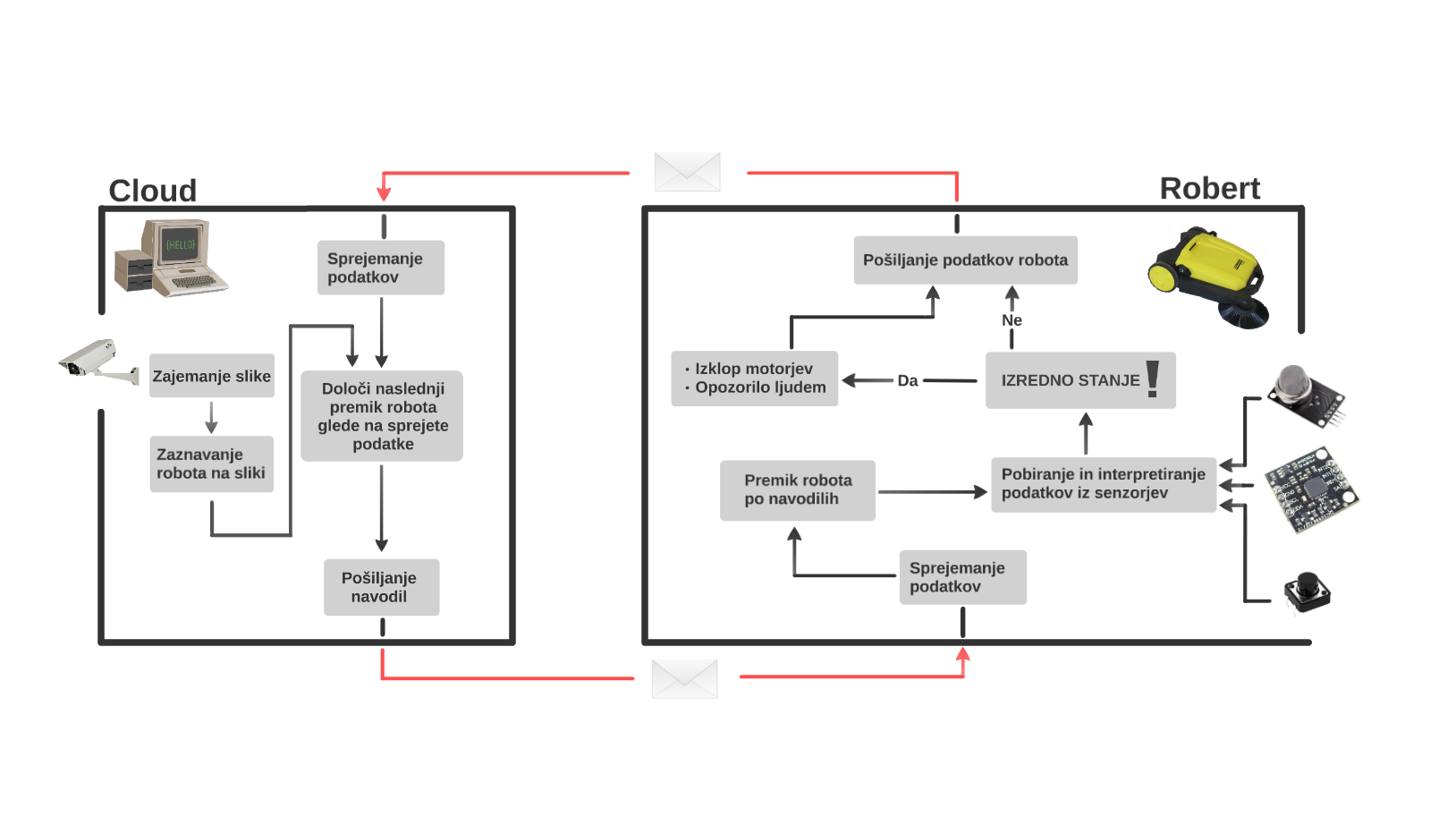